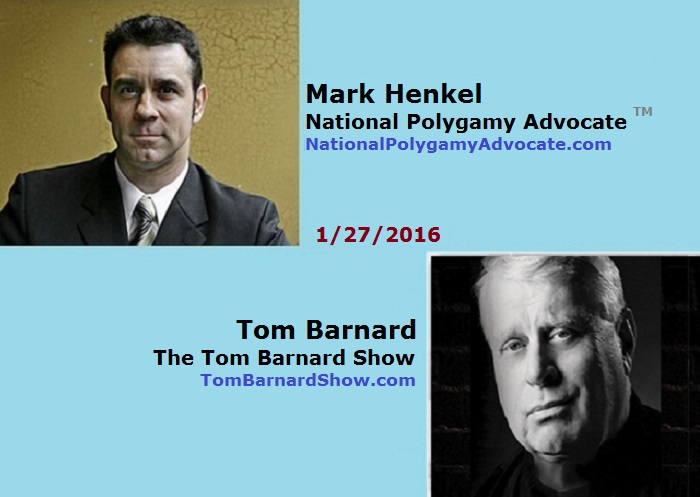 This interview was based on the ongoing polygamy news cycle from Thursday, January 21, 2016: the “Sister Wives” case, Brown v. Buhman, being heard at the Tenth District U.S. Circuit Court of Appeals, in Denver, Colorado.

The long-experienced professional host, Tom Barnard, initially expected this to be a humorous interview, and he certainly had a great sense of humor. By the end of the interview, he seemed pleasantly and positively surprised at both the seriousness of the discussion and by my comprehensive expertise. Generously addressing me as “Sir” at the end, he very positively said he looked forward to having me back again and that the topic was certainly “fascinating.”

The polygamy episode was archived in their specific Podcast on The Tom Barnard Show.

As a further backup and an archive for history, the interview itself was posted to youtube, titled,
Mark Henkel on Tom Barnard Show – 1-27-2016 – Polygamy

This interview provided yet another useful tool for activists of unrelated consenting adult polygamy – UCAP – to share when discussing the issues with others. 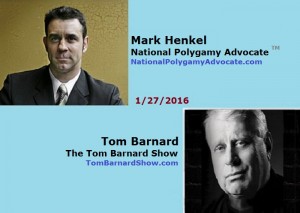