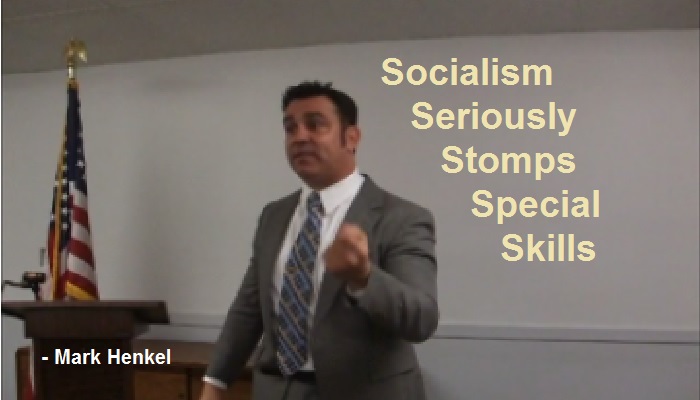 Socialism is the disincentivization of excellence.

No matter how great a level of excellence that a person performs or achieves something, socialism either prohibits or re-distributes the rewards for that excellence to those who have not achieved to that same level. By removing the incentive of rewards, those who would otherwise work to achieve such excellence will simply give up.

Ultimately, the disincentive from socialism dumbs-down everything to mediocrity.

“Socialism Seriously Stomps Special Skills.” I declare this soundbite in my speech, The Anti-Socialist.

Yes, my speech does not directly address anything about UCAP – unrelated consenting adult polygamy. But realizing the point of this meme sound-bite does apply nevertheless. Big government being used to force OMOW – one man one woman – doctrine is what I identify as marital socialism. Because men are disincentivized to improve their husbandhood-skills with which to attract women, society has now become defined as what I call, “the era of dumbed-down males.”

However, if you allow women a choice, they will choose the better men – even if such a good man is already a proven-good-husband. And then THAT will incentivize other men to start self-improving. As such, this big government marital socialism has seriously stomped the special skills of good husbandhood.

As part of the overarching project to provide polygamy supporters with tools of shareable memes, the pic for this sound-bite has been posted on Pinterest.

These three links (one to Youtube and two to Pinterest) are developed to be tools for activists to use when working to persuade and encourage others to allow freedom for polygamists. 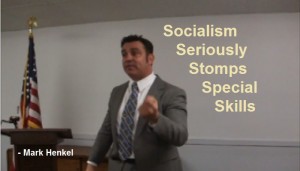