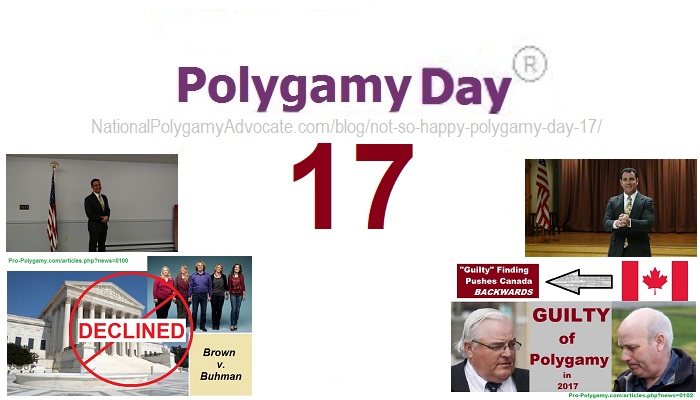 Ever since the first celebration in the year 2001, pro-polygamists have been celebrating on every August 19th of each year. That means that today is Polygamy Day ® 17! 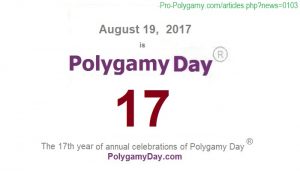 Over the past year, two major disappointments and setbacks occurred, giving unrelated consenting adult polygamy supporters (UCAPs) many reasons to re-strategize while celebrating this annual event.

The PolygamyDay.com web-site details the important events that have happened over the previous year, as it reports how August 19, 2017, is Polygamy Day ® 17 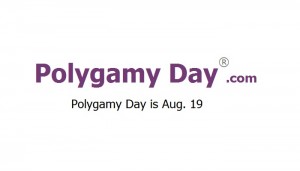 No matter where you are or who you are, if you support freedom for UCAP (unrelated consenting adult polygamy), please do find some time today to re-assess, re-consider, re-contemplate, and re-strategize – all while also still being sure to celebrate.

We will overcome, so let’s still make this a…